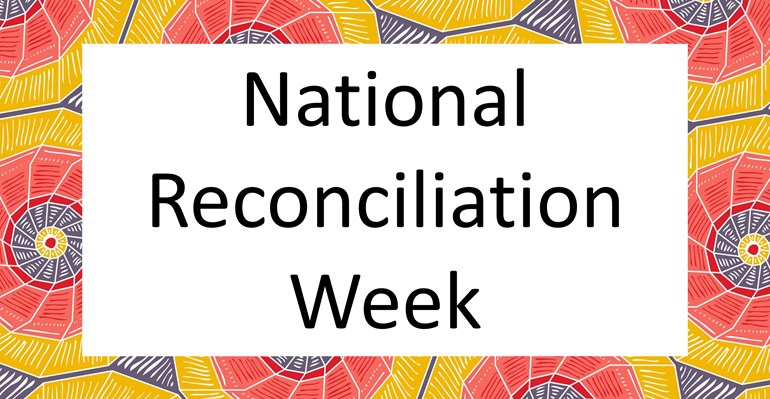 These two dates commemorate significant milestones in the reconciliation journey.

27th May marks the anniversary of the successful 1967 referendum, where Australians voted overwhelmingly to amend the Constitution to allow the Commonwealth to make laws for Aboriginal and Torres Strait Islander people and to recognise them in the national census.

3rd June is the anniversary of the High Court Mabo decision in 1992 which rejected terra nullius and recognised First Nations people as traditional custodians of Australia for the first time.

This year’s theme is More than a word. Reconciliation takes action’ urging the reconciliation movement towards braver and more impactful action.

Westpac’s latest Reconciliation Action Plan (RAP) - the fourth since we launched our initial plan in 2010 lays out our vision for reconciliation, focusing on four areas where we believe we can achieve the most significant outcomes. It has been ranked 'Elevate' status by Reconciliation Australia, the highest status to be awarded.

I recently caught up with a Michael Mieni, Suzi Hullick and Alinta McGuire from Westpac for their thoughts on Reconciliation Week. Michael is a proud Ngemba, Wangkumara and Barkindji man, IT Project Manager and Chair of ‘Brother’s and Sisters’, Westpac’s Indigenous employee action group. Suzi is Head of Indigenous Banking at Westpac. Alinta is a proud Yuin Woman from the NSW South Coast and is Westpac’s Indigenous Business Manager for the Northern Territory.

Michael believes Reconciliation Week is a reminder of the continued journey for Non-Indigenous Australians to walk alongside First Nations peoples to understand historical events while also forging a united path forward. To mark this occasion, he will be celebrating this week with friends and colleagues involving a fun run, lunch and a fishing challenge out on country.

Suzi says she has always been very passionate about Reconciliation and in particular, how large corporates might shape their planning to ensure that they are considerate, respectful and proactive in the reconciliation process. She says she likes to think that we prepare reconciliation action plans to take ACTION, and not have it sit as a well prepared and endorsed document without meaning to the people who are confronted daily with trying to serve the people the organisation is trying to reconcile with.  She believes this year’s theme takes this into consideration, by taking the boardroom action plan to the people, and giving them a role in executing against the plan and feeling like they are part of the process to reconciliation. ‘We need them to be proud of the work we have done, and I think the new learning module we’ve developed will help shape this for the Westpac group’

For Alinta, Reconciliation Week calls out the true spirit of Australians and our desire to be one people. ‘It asks for the strength of all Australian people to recognise and accept the events of our past as our true history. Our true history supersedes the events of colonisation and its tapestry is rich in the beauty of culture, connection to this land and the ancient lores and languages that still survive today. We are home to the world’s oldest living continuous culture - the pride and belonging to that history should be cherished and celebrated by all modern Australians as their history. Australia has always been home to many; many nations, tribes, clans and countries have existed here together for thousands of years and modern Australia being the home of multiculturalism keeps us true to this history. Coming together to embrace it, just like Reconciliation Week asks of us, is what makes us, in my eyes, the lucky country.’

National Reconciliation Week is a time for all Australians to learn about Aboriginal and Torres Strait Islander histories, cultures, and achievements, and to explore how each of us can contribute to achieving reconciliation in Australia.

From Melbourne to Perth to the Tiwi Islands, from Launceston to Port Moresby, Lisa has helped many individuals, communities and businesses to build financial confidence for over ten years. From developing and delivering face to face workshops, to facilitating webinars and creating educational tools, she is committed to delivering education with impact, flexibility and sensitivity tailored for each audience. She is responsible for delivering on Westpac’s Reconciliation Action Plan financial education commitment. In 2016 she was runner up in the Westpac Women of Influence Awards recognising her work around Inclusion and Diversity. Her story is featured on the Westpac Careers website as an example of people helping people and she is also here to help you.

As accredited Financial Wellbeing Champions with Westpac’s Davidson Institute, Darren and Leigh deliver financial education to Indigenous communities. Read why they joined the program and the impact the education is having locally.

Imagine going shopping with just your mobile phone. It’s now possible with digital cards. This article explains what a digital card is and how to use it.

COVID-19 has brought many changes to our lives and also to our finances. This video discusses some tips and tricks that might help you and your family manage your money at this time.